Josh Brookes is set to return to the Isle of Man TT Races fuelled by Monster Energy and will again represent the Norton factory in this year’s RST Superbike and PokerStars Senior TT Races.

Australian Brookes, the 2015 British Superbike Champion, will compete on the ‘SG7’, derived from the V4 RR road bike. The bike that Brookes will ride is hand built at Norton’s Donington Hall factory and will continue its development and testing schedule in the hands of two-time TT Race winner – and Norton development rider – Steve Plater.

Brookes enjoyed a successful return to the Mountain Course last year following a two-year absence from the Isle of Man, which included the fastest ever lap around the TT Course by a Norton machine with 130.883mph.

The lap was posted in the PokerStars Senior TT Race, which saw him finish in sixth place, his best finish to date at the TT.  He also returned to the Isle of Man later in the year and secured his maiden Mountain Course win with victory in the Bennetts Senior Classic TT Race riding a Paton as well as riding a Rotary Norton to within 5 seconds of Steve Hislop’s fastest ever lap.

It was a good season all round for Brookes, who finished second overall in the British Superbike Championship, just three points behind eventual winner Shane Byrne, taking three wins along the way.

Brookes has enjoyed a meteoric rise at the TT since claiming the fastest newcomer title at the TT in 2013.  He finished a best place of seventh in the 2014 Senior Race, which saw him improve his fastest lap to an impressive 129.859mph in only his second year at the island. 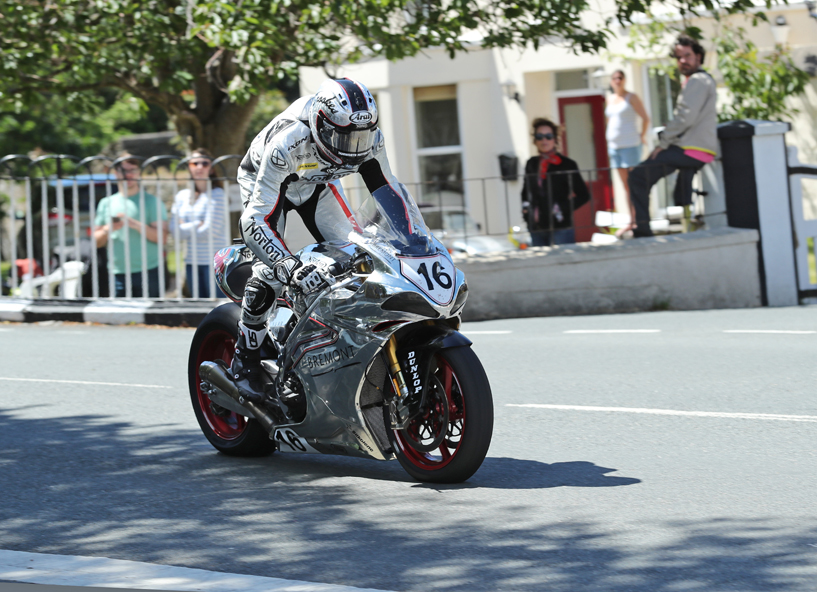 Speaking from his home in Australia, Brookes said:

“It was a real honour to represent Norton last year.  After a couple of years away it took me a bit of time to get dialled in again and despite the weather disruption I really felt comfortable by the end of race week and I’m raring to go again and build on last year with the team and add to their history around the Isle of Man.”

Norton CEO Stuart Garner is understandably thrilled at again securing one of biggest names in Motorcycling to represent the factory on the Isle of Man.

“There are only a handful of riders capable of competing for podiums and race wins at the TT and in Josh Brookes we have a rider with the ability and potential to rewrite the record books.  Josh’s involvement in the team not only gives us a competitive position on the track but also means that we put into practice what we learn on the Isle of Man for our road bike.”

“The most important thing for us as a team and a company is that we always move forward, always look to build on and improve what we’ve achieved and I’m more confident than ever that that’s what we’ll be doing again this year as we look to establish Norton at the front of the field on and off the track.”